A Welcome from our Artistic Director, James Thomas Bailey 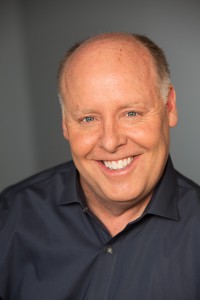 Welcome to the CSz Los Angeles, home of ComedySportz. For almost 30 years, we have been the place to find consistently funny, interactive, clean comedy for people of all ages.

Although ComedySportz® is the show that made us famous, we produce a variety of interactive comedy shows including our own improvised musicals and more. We are experts at customized corporate entertainment and training, having worked with some of the biggest companies in the country.

ComedySportz alums have appeared on MADtv, Saturday Night Live, Whose Line Is It Anyway?, The Sarah Silverman Program, Jimmy Kimmel Live, The Daily Show and many, many more. Our folks are the best in the business, and you can see them perform live, every week in Hollywood.

Here’s a quick overview of what we do:

• create great improv comedy for everyone
• produce the longest running show in Los Angeles history
• provide extensive corporate training programs and entertainment
• work with the US State Department as an arts consultant for foreign service
• teach adult actors, writers and comedians
• run the largest teen improv program in the United States, The High School League®
• help hundreds of nonprofit organizations by providing entertainment, services and tickets
• actively participate in advocacy for arts education in California and the nation

CSz Los Angeles is an improvisational theatre company specializing in interactive entertainment founded in 1988 by James Thomas Bailey, Artistic Director and Producer. Our most popular show is called simply ComedySportz; since its opening at West Coast Ensemble Theatre in Hollywood, ComedySportz has played continuously to sold-out houses, and is the longest running production in the history of Los Angeles. It played at the Tamarind Theatre in Hollywood (now the Upright Citizens Brigade) from 1992 until moving into The CSz Los Angeles Theatre in 2002 (formerly the Melrose Theatre, and then the HBO Workspace) on Seward Street in Hollywood. In May of 2016, CSz Los Angeles took up residence at the historic El Portal Theatre in the North Hollywood Arts District.

CSz Los Angeles has entertained at hundreds of corporate, institutional and private events. They have become experts at providing custom entertainment and teambuilding workshops.

ComedySportz, CSz LA’s most popular show, pits two teams of comedians against each other in friendly competition. Played just like a sport, the show is complete with referee, Astroturf, a ballpark organ and the national anthem. The audience helps pick the games, yells suggestions and ultimately decides the winners. Always bouncing from the mildly cerebral to slapstick, ComedySportz appeals to all ages. ComedySportz is performed by our Main Company, College League and Sunday League

ComedySportz was originally conceived by Dick Chudnow and first performed in Milwaukee, where it continues to play today. For more historical information, visit ComedySportz Worldwide.

In addition to its signature competitive team improvisation show, CSz Los Angeles produces has produced many other hit shows through the years, including:

CSz LA is also proud of its corporate and educational programs, including corporate entertainment and training. CSz LA boasts such clients as the US State Department, SONY Pictures, Walt Disney, Coca-Cola, Kaiser, Ebay, and more than 75 Fortune 500 companies.

It is most proud of its high school program, The ComedySportz High School League®, where it trains comedy improv teams in 70+ schools from San Diego to Thousand Oaks. The League has been featured in numerous national publications, including Harper’s, where the number of varsity letters in “comedy” provided by the League is featured each year in the Harper’s Index.

CSz LA also has a full slate of adult classes which are taught throughout the year.